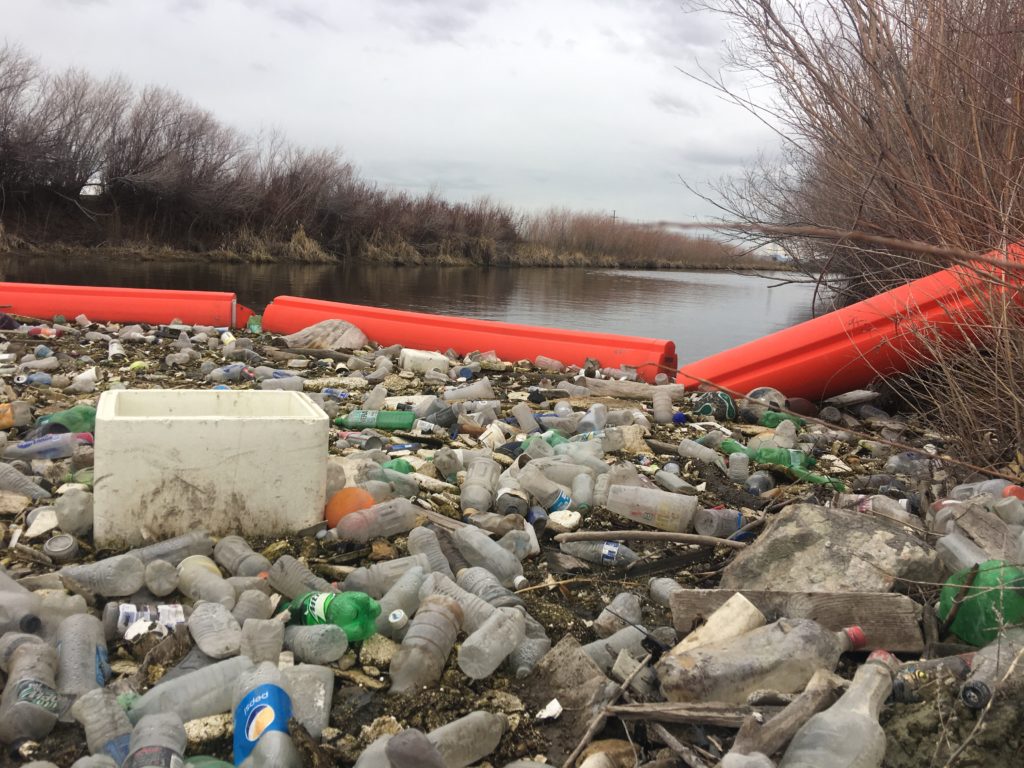 Every two or three months, Salt Lake County hauls 6-7 tons of trash from the Jordan River. Nearly half of the trash is made up of plastic bottles and soda cans – things that could have been recycled.

Common items found in the river:

Salt Lake County has no choice but to take the load to the landfill because exposure to the elements leaves the items too contaminated to be recycled.

Where does this trash come from? Everywhere! Curbside bins in residential neighborhoods blow over in the wind, and trash is swept into nearby storm drains. The wind may also blow litter into streams from nearby industrial parks and hiking trails. The map featured below of the Jordan River Watershed (provided by Salt Lake County) shows stream systems that flow into the Jordan River, and then into the Great Salt Lake.

While this video is about marine debris, it is also a good example of how trash ends up in the Great Salt Lake.

All of this litter impacts wildlife that live or migrate through the Great Salt Lake and the surrounding wetlands. The Great Salt Lake supports millions of birds, including a population of bald eagles, and threatened or endangered species like the snowy plover and peregrine falcon. It’s a place where species of birds from all over the western hemisphere use as part of their migration pattern each year. Birds often mistake plastic as food, consume it and then starve. They may also become entangled in plastic bags or other soft plastics. This is devastating to bird populations, and that’s why REDO is working to draw attention to this important problem and help facilitate solutions.

Already, organizations are taking action to prevent more debris from getting into critical wildlife habitats in and around the Great Salt Lake. The trash boom that was installed on the Jordan River in March, 2018 has prevented tons of garbage from flowing downstream. That was thanks to the collaboration of groups like SLCo Watershed, SLCo Flood Control Engineering, New State Duck Club, FRIENDS of the Great Salt Lake, and the Nature Conservancy of Utah. The Hogle Zoo is also working to hold trash clean ups and habitat restoration on the Jordan River as well as other tributaries.

REDO is working to raise visibility about this issue so that more people understand the impact that littering has on their local environment. We’re also partnering with a local boy scout troop to facilitate more trash clean ups, and install signage along hiking trails. Together, we can make an impact and prevent waste from getting into our precious waterways. 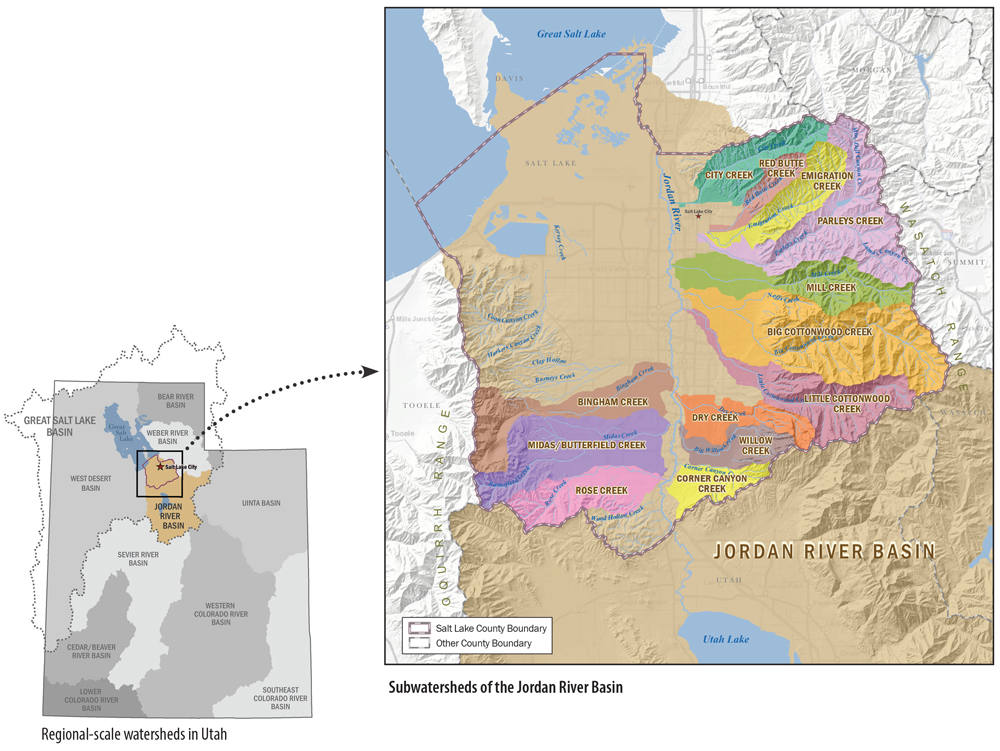 Thanks for sharing this, you are awesome !