This year I joined a small group of volunteers that are working to make the Utah Pride Festival as sustainable as possible. This year’s theme of “Love On, Live On” was originally  centered around sustainability, and a question came up recently: What is the best packaging for water? Glass isn’t an option, because glass is not allowed on festival grounds because it could easily break and hurt someone. So, I’ve decided to share what I’ve found out.

So, what it comes down to is this: plastic vs. aluminum.

First, let’s look at aluminum. Aluminum has taken off recently. Jason Momoa launched his brand Mananalu, which is working to “rid the world of plastic containers.” Liquid Death is a water brand, which will “murder your thirst” and has a hashtag “#DeathToPlastic.” Other brands include Proud Source, which sends proceeds towards cleaning up the ocean. Even companies like Dasani are launching aluminum water bottles. These brands celebrate their aluminum packaging because they have such a high level of recycled content and are highly recyclable after consumed.

While there are a lot of people and brands promoting aluminum, it hasn’t been without criticism, primarily because of carbon emissions. According to a study done by Reuters, at it’s very worst, a 330 ml can produced about 1,300 grams of carbon dioxide (the equivalent of driving a car 7 to 8 km), whereas a plastic bottle the same size produced 330 grams of emissions. If the aluminum can was made from recycled aluminum and the processes for making the aluminum used renewable energy, the carbon emissions may be closer to between 100 and 300 grams. Most cans do contain recycled content.

However, some take it a step farther and make the case that even the 30% virgin aluminum contained in cans is worse for the planet than what goes into making the plastic bottles. The process includes the following: strip mining to extract bauxite from the earth which leaves behind a toxic red mud, baking the material at 2000 degrees celsius, and then a massive amount of electricity to separate the oxygen from the aluminum. Aluminum may be highly recycled in the U.S. but it is primarily because the extraction process is so much more expensive. Unfortunately, as demand for aluminum packaging goes up, so too will the extraction of virgin material to meet that demand.

At a first glance, the energy and environmental cost associated with plastic may be less devastating than in strip mining aluminum. Plastic is made from a byproduct of oil and natural gas. Oil and gas are typically used to make fossil fuels, and the byproduct would otherwise be disposed of as toxic sludge. Instead, it’s turned into viable plastic products. Utah alone has over 5,200 oil and gas wells from its 200 oil fields, so it is possible that the carbon footprint is lower since it is drilled locally. It’s not perfect though. The process for drilling for oil and natural gas can result in polluted groundwater from oil spills and fracking fluid.

Plastic water bottles vary on how much recycled material they contain. Unlike aluminum, virgin plastic is typically cheaper than recycled plastic. Evian claims to contain on average 30% recycled content in their plastic bottles. Some companies have made commitments to create water bottles from 100% recycled plastic within the next few years, such as Evian and LIFEWTR. However, there have been numerous times that packaging companies have failed to meet their pledges, so I’m not going to hold my breath.

Then there is Dasani’s hybrid bottle, which is made from “plant plastic” and recycled plastic. Critics say that this bottle is little more than a green-washing tactic because even if the plastic is made from plants, the bottle still remains in the environment for potentially hundreds of years. Smart Water also has a 100% plant-based bottle. On one hand, it is moving away from the use of oil and natural gas drilling, which as stated previously, can result in chemical and oil spills. On the other hand, it pulls land away from producing food to producing plastic, and it doesn’t solve the circular economy issue.

Microplastic is another issue, not only with an environmental impact, but also with health consequences. It seems like the more places we look for microplastics, the more we find them. One study showed that there are twice as many microplastic particles in bottled water as in tap water. It’s unclear if the microplastic enters the beverage container during the industrial process, or if it is when the lid is twisted off. This study demonstrates that the brand that contains the most microplastic is Nestle, and that one of the brands that contains the least amount is San Pellegrino. Evian and Dasani were two other brands that had relatively low rates compared to the majority of brands tested. This got me wondering if there may be microplastic found in alternative packaging, and it turns out that beer has been known to contain plastic particles. If beer is any indication, alternative packaging will contain about 4.05 particles of plastic per liter. That estimate is significantly lower than that of plastic water bottles, which average 10.4 microplastic particles per liter. The extent of the health impacts of ingesting microplastics is unknown, but it is likely to cause inflammation, an immune response and a build-up of toxins that have adhered to the plastic. Furthermore, most wastewater treatment plants are not designed to filter out such small particles, so they make their way into streams and other water systems from there.

At best, plastic water bottles are recycled about 30% of the time. Plastic ends up in our landfills, waterways and in our oceans. By 2050, it’s estimated that there will be more plastic by weight than fish in the oceans. Locally, every 2 to 3 months Salt Lake County hauls 6 to 7 tons of trash out of the Jordan River – much of that debris is made up of plastic beverage bottles. The trash in our environment is devastating wildlife and putting ecosystems at risk of collapse.

The single-use economy is really putting a strain on resources, which is why reusable is always better. Unfortunately, reusable is not always an option, therefore I recommend Proud Source as the best option for water packaging because of its commitment to not only supply water in a highly recyclable package, but because of its commitment to send proceeds towards cleaning our oceans. It is possible that its carbon footprint is higher than plastic water bottles, it’s important to send a message that we need to close the loop on plastics, and until we do, we will choose other options. In terms of plastic brands out there, I am surprised to say that Evian may be the best plastic bottle option. Evian showed one of the lowest rates of microplastic particles and contains a respectable amount of recycled content in its packaging compared to any of its competitors. Furthermore, Evian even has an award program to help fund independent projects that work on reducing waste and increasing recycling efforts. 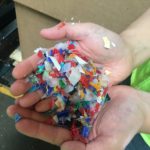 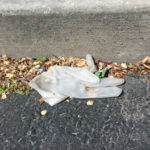 Next Story:
Recycling in Today’s Economy

Thanks for sharing this, you are awesome !